When on a trip to the region of Mandla, do not forget to visit the world famous Kanha National Park, which is not only the largest national park of Madhya Pradesh but also one of the biggest tiger reserves of India. Located in the Maikal Hills of Satpura Range spread across the Mandla & Balaghat districts it became a reserve forest in 1879, was declared a wildlife sanctuary in 1933 and finally as a National Park in 1955. Virtually a land of tigers it is endowed with nature’s beauty, greenery and a rich flora & fauna which amazes the visitors coming here. So come to the Kanha National Park and enjoy the thrill of seeing tigers roaming freely in the wilderness of its natural habitat. 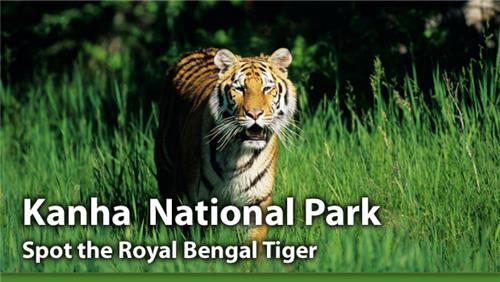 Kanha Tiger Park remains open from 16th October to 30th June only every year and remains close from 1st of July to 15th October.
Summers: March to Mid-June
Winters: November to February


How to Plan Your Trip to Kanha National Park ?

One can visit the MP government website to do online bookings or contact your tour operator. Tickets are also available at the Mandla Office and at all the Gates (Khatia, Mukki and Sarhi) of the Kanha Tiger Park. Guided visits are available inside the park with a Forest Department Guide accompanying every visitor coming to the park; the safari is conducted on an already mapped-out circuit designed so that the viewer can see the best display of Kanha's Park wildlife. The trail covers the meadows where animals like blackbuck, chital and barasingha can be seen throughout the day. One can also book Tiger Show program conducted during Morning Safari only; at a given time up to 4 people are taken close to the spotted tiger and shown from the elephant back for nearly 10 to 15 minutes. The morning and afternoon safari in jeeps costs nearly 1800 Rs. with a maximum of 6 persons which go in one jeep.

Today the park covers an area of 940 km² with a surrounding buffer zone of 1,067 kms and the adjoining Phen Sanctuary having an area of 110 kms. Thus it is recognized as largest National Park in Central India and is ranked in the top 10 famous places for tourists in MP. The Park has made great contribution in the preservation of the rare hardground Swamp Deer (Barasingha), saving it from near extinction. Constant monitering as well as overall protection of flora and fauna, makes Kanha one of the most well maintained National Parks in Asia. 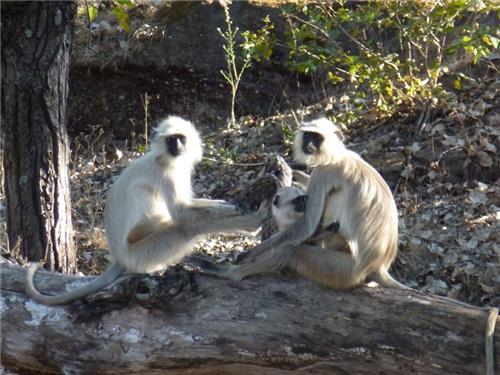 Besides the Royal Bengal Tiger, the park has a rich population of wildlife species like leopards, wild dogs, spotted deer, Central Indian Barasingha, sambar, wild pigs, grey langur swamp deer, sloth bear, etc. With almost 300 species of birds this is a perfect place for the avid bird-watchers. The park is endowed with a lush green forestation comprising of sal & bamboo trees, grassy meadows and ravines; and are believed to have inspired Rudyard Kipling during the writing of his famous novel Jungle Book.The main places of tourist attraction include Shravan Tal, Shravan Chita, Macha Dongar, Orientation Centre/Museum and Grasslands of Mukki & Sonf. From the Bamni Dadar popularly known as Sunset Point one can get a breathtaking view of the sunset from here. Wildlife enthusiasts can explore the park from an elephant back or open vehicles and catch a glimpse of the wild animals roaming around. One can indulge in bird watching, nature walks, boating, etc.; though the prominent attraction which draws tourists from far & wide remains the frequent sightings of tigers roaming about in the wild.

Full-sleeved cotton clothes can be worn to avoid rashes while exploring the wild. Since early mornings & evenings can be cold it is advised to bring some woollens along. It is advisable not to wear loud colours or very loose hanging clothes which might irritate the wild animals, get entangled as well as for safety purpose.

By Air: The nearest airport from Kanha National Park is the Jabalpur Airport which is nearly 156 kms away and operates daily flights to other major cities of the country like Delhi & Bhopal.

By Road: Government & private busses are available at regular intervals from Kisli & Mukki to Jabalpur thus connecting the Kanha National Park by road to other places. Besides buses one can also hire Taxis from nearby cities like Jabalpur, Bilaspur and Raipur. Though the vehicles are not permitted inside the park after dark, open jeeps are available for jungle safari in the park.

By Rail: One can also reach by train, the nearest railway stations being Jabalpur and Bilaspur from where one can take a bus, taxi, rented cab or a private vehicle to reach the Kanha National Park.

Accommodation facilities are available in the Khatia Jungle Camp & Forest Rest Houses at Kisli and Mukki. Canteens operated by the Kanha Workers’ Society are present at The Khatia Jungle Camp, the Kisli and Mukki Forest Rest Houses for the convenience of the visitors. Accommodation has to be booked in advance at these places during the office hours from 10.30 am - 17.30 pm.

Are you a Business Owner?

Add the products or services you offer